The day was introduced by Professor Sue Smith, Director of the Centre for SME Development and Deputy Director of Innovation and Enterprise at the University of Central Lancaster and Social Innovation Manager and Chair of the Preston Cooperative Development Network, Dr. Julian Manley. This marks a pivotal moment in the development between the University in Preston and its relationship with the city and communities of Preston, and in particular the strong and developing partnership between University and Preston City Council. Cementing this relationship into the Preston Model that we aspire to become ever more engaged with as a way of transforming our society, citizens and democracy according to co-operative values and principles, Cllr Matthew Brown, the Leader of Preston City Council, and Julian Manley gave a presentation illustrating the background to the Preston Model and plans for future co-operative development. Kay Johnson of the newly formed The Larder Co-operative also contributed as the first worker-owned co-operative that has been fully developed under the umbrella of the Preston Co-operative Development Network. The Larder also provided the catering and lunch for the day. All five members of The Larder were present.

The audience consisted of a wide range of highly skilled and committed professionals from diverse backgrounds: political and social; policy and governance; financial; business; community representatives and academics from Preston and throughout the UK.

The day culminated in breakout groups discussing thoughts, reflections and actions emerging from the day which was organized by Dr Julian Manley of the University of Central Lancashire.

Check out this article from the Lancashire Post, December 2016. 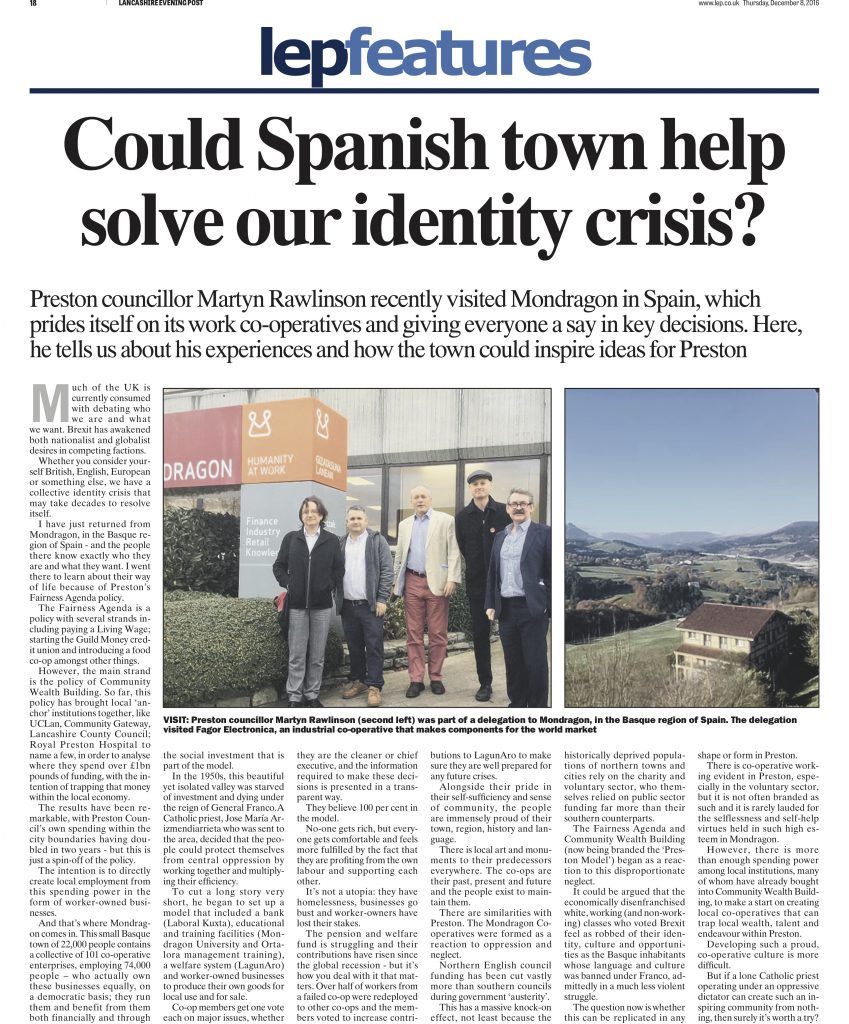